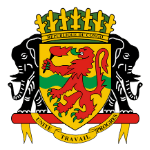 Republic of the Congo

Introduction on NTDs in Congo

Neglected tropical diseases (NTDs) are a group of preventable and curable diseases. It is estimated that more than 1.7 billion people worldwide annually need at least one intervention against NTDs and NTDs lead to 500,000 deaths. These diseases affect the poorest and most vulnerable populations and cause disabilities, prevent children from going to school, limiting their potential and leaving people trapped in poverty. NTDs are not only a health problem, they also hinder economic growth and productivity and hinder education.

Fortunately, the most common NTDs can be treated with low-cost interventions. The five most common neglected tropical diseases can be managed by Preventive chemotherapy as part of mass drug administration campaigns for less than 0.50 cents per person per year. These diseases are:

The Republic of Congo faces 9 neglected tropical diseases out of the 20 currently classified by WHO. All health districts are endemic to at least one NTD. Interventions can be separated in two categories:

With the support of partners, the Congo Ministry of Health has already made good progress in combating these preventable and treatable infections. Congo’s steady progress is also being spurred on by the use of innovative tools such as the scorecard management tool.

Background: Development of the tool

Congo was the second country in Africa to develop a scorecard management tool to track progress towards the country’s NTD elimination target. The tool was designed to support collaboration and coordination of national stakeholders, monitor the implementation of interventions, identify service bottlenecks and national priorities, and stimulate action.

At the invitation of Her Excellency the Minister of Health, Honorable Minister Jacqueline Lydia Mikolo, a first workshop was organized in February 2019 to work on creating the country’s first scorecard tool for NTDs. For this, twenty-five indicators were selected by a technical committee composed of the main actors involved in the fight against NTDs, including partners such as ESPEN, and WHO. Indicators were chosen to reflect the priorities and objectives set out in the Congolese national strategic plan including the targeted elimination of several neglected tropical diseases such as onchocerciasis, lymphatic filariasis (LF), schistosomiasis (SCH), soil-transmitted helminths (STH), trachoma, leprosy, human African trypanosomiasis (also known as sleeping sickness) and the treatment of all cases of buruli ulcer with antibiotics.

The scorecard tool is now included in the Ministry of Health’s semestrial and annual reports, and shared with all ministry departments, districts and partners. The scorecard is also shared during the annual programme coordination meeting that brings together the NTD programme coordination, the health sector implementing partners, and partners, including WHO/ESPEN, Sightsavers, OPC (Organization for the Prevention of Blindness) and the Global Fund.

During the analysis of the scorecard of the second semester of 2018, it was revealed that there was a low level of therapeutic coverage in the district (département) of Niari. After consultation with the health districts, it was agreed there was a need to invest in capacity building for health workers. This led to the organisation of training and information, Education and communication sessions for health workers and community drug distributors in the district of Niari. Bottleneck analysis also revealed that there was a supply chain problem, with a shortage of some medicines (albendazole and mectizan). The ministry of health therefore sent additional stock to the Niari district.

These actions resulted in significant improvement of therapeutic coverage for onchocerciasis and Lymphatic Filariasis, from 79% in the second half of 2018 to 83% in the first half of 2019.

In 2019, the review of the scorecard highlighted the fact that amongst the 302 recorded cases of lymphedema and 74 recorded cases of people living with hydrocele, only a few cases had been treated, due to the limited funds available. The scorecard tool was used during consultation meetings with partners to advocate for more resources, this led WHO/ESPEN to increase their contributions in 2020. This also led partners to support the country’s deworming campaign, with the scorecard now showing 100% of the country was covered in the campaign, and therapeutic coverage levels going from red on the 2019 scorecard to green on the second half 2020 scorecard.

For the year 2021, the scorecard was used again as an advocacy tool to mobilize additional resources from partners. Thus, after reviewing the performance on the scorecard, partners including OPC, WHO and Sightsavers funded the MDA campaign in the Sangha Département located in the northern part of the country and also supported the mapping of Onchocerciasis and Human African Schistosomiasis.

The scorecard is incorporated in the NTD Annual Report, shared with Government Leaders and Partners. In 2019, using the scorecard to present the gaps identified during its analysis, the National NTD programme mobilised funds from the government and, from 2020, a budget line on NTDs was created with a commitment of 100,000 million CFA francs (nearly US$170,000) to support the four NTD programmes.