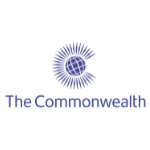 In April 2018, the 53 Leaders of the Commonwealth countries made a commitment to halve malaria by 2023, a commitment which if achieved could prevent up to 350 million cases of malaria and save as many as 650,000 lives.

Following the agreement of the Commonwealth commitment at the 2018 CHOGM Summit, it was agreed to track progress on two indicators:

These indicators are measured using the WHO’s estimates available in the latest annual World Malaria Report 2020. Given the significant range of countries within the Commonwealth, the use of a standardised reporting method for measuring progress was vital to delivering this report. The WHO’s estimates are consistent across all countries in the Commonwealth and enable member states to review progress towards the halving commitment without requiring any additional data reporting by individual countries.

Reporting on the Commonwealth’s progress is provided through a report (PDF) which is reviewed at the annual Commonwealth Health Ministers Meeting. The Commonwealth Malaria Tracker is a digital tool that visualises the data held in this report.

The Commonwealth malaria report and tracker also documents countries’ best practices in achieving the commitments featured at the London Malaria Summit and case studies featuring the work undertaken to continue malaria programming in the face of COVID-19.

Zambia’s End Malaria Council, launched by President Edgar Lungu in March 2019, is a great example of how senior leaders can be convened to keep malaria high on the agenda, monitor progress and mobilise additional resources to end malaria.

These include the use of precision drone technology by Rwanda to deploy larvicides, targeting areas of rice cultivation in particular, where malaria has been increasing in recent years. The targeted districts were those where larval source management meets the WHO 3Fs criteria: few, fixed and findable. This innovation supplements LLINs and indoor residual spraying and has helped optimize Rwanda’s insecticide resistance management plan through strategic use of both epidemiological and entomological data.

Specifically, data from monitoring insecticide resistance has enabled better targeting of malaria interventions such as the use of standard Piperonyl Butoxide (PBO)-treated and next-generation nets (Interceptor G2 Nets) and the rotational use of next-generation insecticides for IRS at over 95% coverage. This has been made possible through increased resources from the government and partners including the United States Agency for International Development / PMI and the Global Fund. The country has also increased the government’s financial commitment to the IRS campaign, enhancing coverage with next-generation insecticides from five districts in 2017/2018 to 12 districts in 2019/2020. This has contributed to the significant reduction in malaria cases since 2018. View the latest data on the Rwanda malaria scorecard.

Other best practices are documented in the 2021 Commonwealth Report (PDF).

Is this page useful?